Leaving the Past Behind

We all have scars from our past. But what do we do with them now? That’s a really important question. In mentoring clients, I typically find that their current distress mirrors unresolved upsets from the past. For example, a woman who was never able to feel loved by her father might be drawing men to her with whom she also fails to experience love. Why does this happen? Think of it as a karmic pattern that is seeking healing. Your life will continue to replicate an unresolved situation until you are able to neutralize the state of consciousness from which you relate to it.

One of my clients who was caught in such a pattern convinced herself that she was fundamentally unlovable. As I 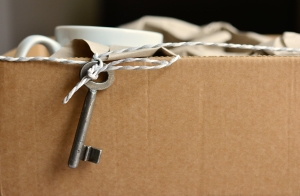 observed her I noticed that she was turned off by men who liked her and attracted to those who gave her no encouragement. Could it be that she was simply staying in her comfort zone? This is counter-intuitive but typical. She knew herself as a woman who was rejected by the men whose affection she wanted, and that became a self-fulfilling prophecy. She didn’t know how to be a woman loved by men. Through her eyes as a child, she recognized that her father didn’t show her love. But she had falsely concluded that the reason was because she was unlovable, rather than that he had difficulty expressing his caring for others. Then she carried that unchallenged belief forward into adulthood.

Once she was able to see how the faulty conclusion of her past was inhibiting her from experiencing love in the present, she realized that she had the power to change how she saw herself. She began taking pride in herself and replacing her old, self-rejecting belief with appreciation for her own goodness. As a result the affection of good men became desirable to her.  She stepped out of the belief that she was unlovable. She left the past behind. When I asked her what life lessons this had taught her, she told me she learned to pay attention to her own beliefs about herself when in situations that were difficult for her to see if she was sabotaging herself.

I had a similar situation during a recent weight loss journey. I reached a plateau and couldn’t get the scale to move despite following all the rules. In observing myself, I realized the issue was emotional. In listening to my self-talk, I kept hearing, “I don’t know her.” When I explored this, I recognized that I was afraid to go past that particular number on the scale because in my mind it represented a level of success with which I was not comfortable. I knew how to be almost successful, but I didn’t know how to go for and get the brass ring of success. It took several months before I was able to break through this barrier. Now I am learning new life skills and a level of self-trust that was not  apparent to me before. When we become too familiar with failure, we have to push through our own resistance to the unfamiliar territory of success.

Leaving the past behind often requires that we recognize the ways we sabotage ourselves out of fear of moving into the unknown. Being good at failing and being disappointed doesn’t mean you can’t also be really good at success and exceeding your dreams. It simply requires a new point of view.

All text materials, unless otherwise indicated © Judith Johnson
The Thriving Studio™ and The Tudes™ are trade marks of Judith Johnson. All rights reserved. Website Conception & Design by Tracking Wonder