A healthy relationship with death enables you to more fully appreciate and enjoy your entire life more completely.

Death is the ultimate existential crisis. Unfortunately, most Americans are under the influence of a cultural death taboo – a belief that perpetuates fear and avoidance as our primary responses to death. As a result, too many of the 2.4 million Americans dying each year, and those of us who love them, suffer through the experience emotionally isolated, frightened, ignorant of our options, and unprepared both spiritually and practically.

Living in a culture that fails to embrace the full depth and breadth of the human experience leaves its members ill-equipped for living and dying with profound authenticity.

Those who have been fortunate enough to overcome the impact of the death taboo recognize that when someone they love is dying, a magnificent opportunity is available to experience a deeper and more intimate kind of love than they had ever known before.

Dying and Death Support for Individuals, Couples and Families

I work with a variety of situations around dying and death to provide support to individuals who are terminally ill and their partners, families and loved ones. If you have received a terminal diagnosis, you probably find yourself suddenly thrown into grieving the end of your life. Maybe you are unsure about how to deal with the dynamics of saying goodbye to family and friends. Or, maybe your partner, parent or child has a terminal diagnosis and you are trying to find your way through your grief, caregiving, and/or uncertainty of how to even talk about what is going on.

I provide a safe place to explore your truth and find your bearings around dying and death.

It is not uncommon for families to find themselves caught up in disagreements and old familiar dysfunctions that divert their focus and energy from caring for their dying loved one. In cases like this, I am able to help families to set aside their squabbles, and come together in loving support of the dying.

Some families come to work with me to receive a crash course in how to best serve their dying loved one mentally, emotionally, spiritually, socially, physically, financially and legally.

Since each situation is complex, unique and usually quite urgent, I do not offer a set program for these situations. Rather, I ask that you submit an inquiry to me outlining the nature of the challenge you/your family are facing. I will then contact you to schedule a first session as quickly as possible and to provide you with pricing information.

.
Shining Light on Dying and Death – the book and eCourse

“I came to Judith for grief counseling after the sudden death of my husband. As I embarked on my new life, I realized that my entire life had changed. Judith helped me sort out my needs to move forward. I was not only dealing with my grief, but also with adapting to being alone and self-supporting. Judith has been invaluable guiding me through the process.” – Andrea, 57-year-old fine arts painter

My passion to help others gain greater ease in dealing with dying, death, and grieving began when I took the transformative journey from virtual ignorance and fear about death to discovering its gifts. My mother, nicknamed Cake, was my greatest teacher in this territory. For me, as happens to many of us, all of a sudden one day I was thrown into a total immersion in the issues and challenges surrounding death. 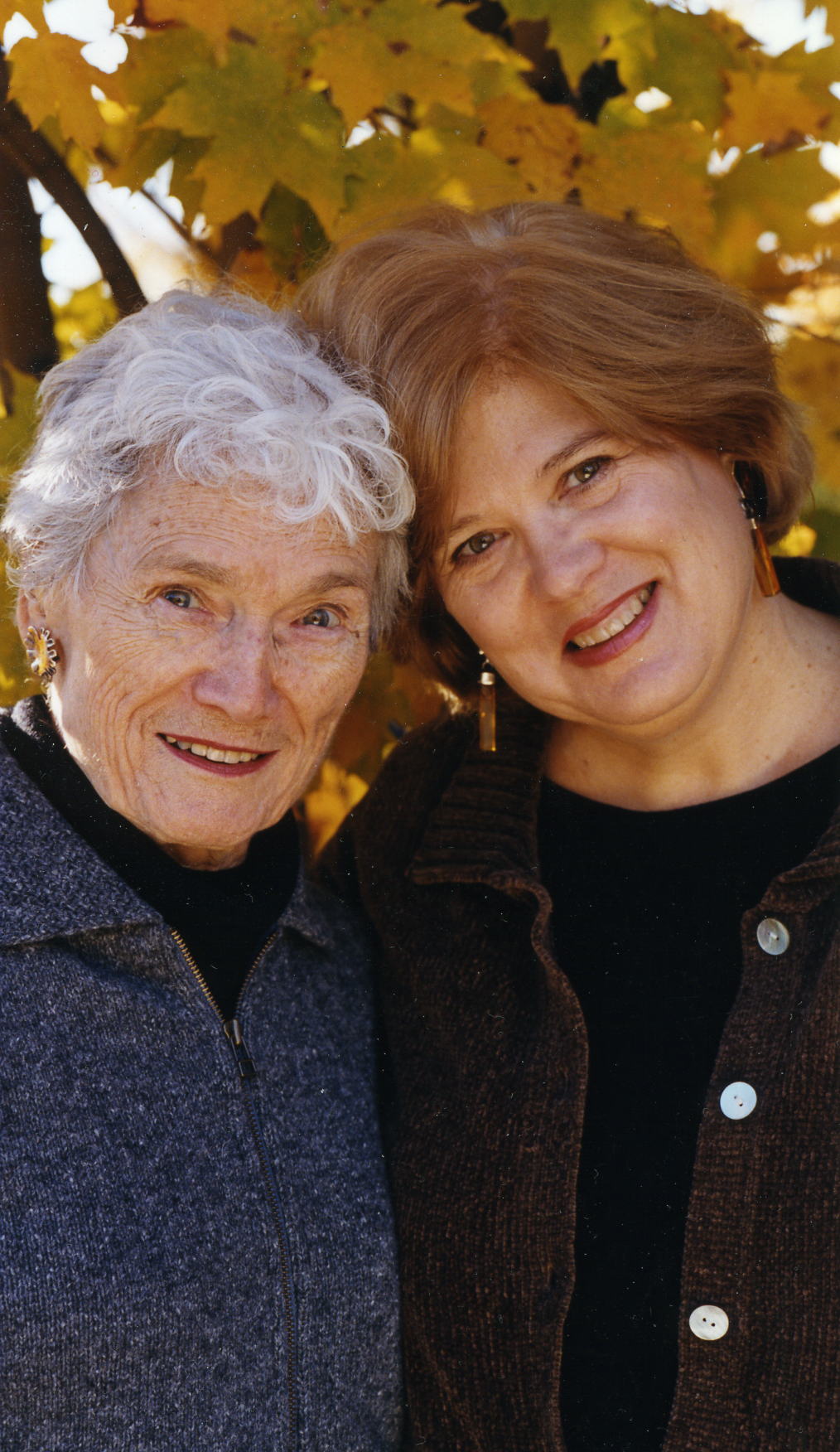 It began when Cake and I shared a home during the final nine years of her life. I learned more about myself in caring for her than in any other experience in my life. I was deepened by it and immeasurably and infinitely enriched.

As Cake’s physical capabilities declined, I became her ears to capture the conversations that she faked her way through only catching about half the words due to her increasing hearing loss. I became her eyes because macular degeneration was taking away her eyesight. Little by little, I took on activities for her that she used to take for granted while functioning independently. I also took it upon myself to be the one who bore witness to her experiences and, when possible, to comfort her and lift her spirits because sometimes her physical, mental and emotional aches and pains made her part of the journey more challenging than she could bear. In other words, I actively loved her.

As time went on, we evolved our rhythm of learning to see what each new day would bring in terms of the normal and unique challenges an aging person faces. And then on the balmy and beautiful Sunday of her final Memorial Day weekend, Cake fell backwards down a flight of stairs. I was a mere five yards away and out of sight, when I heard her cry out a millisecond before her head hit the cabinet at the bottom of the stairs, and she landed in a silent thumping heap on the floor.  In that instant, every cell of my body screamed with terror as I ran to find out if she had survived, and if so, how broken she was.  Blood was spouting from her head and elbow to the rhythm of her heartbeat.  Calm, as she had always been in a crisis, the trained nurse in her directed me to elevate her head, compress the wounds, and call 911.  I didn’t have enough arms and for twelve long minutes until the EMT’s arrived, the rest of the world disappeared as I held my mother and felt more helpless than I had ever felt before. My life as I had known it was disappearing from view as I became consumed by fear, shock, and my new responsibilities as a 24/7 caregiver and patient advocate in territory I had never seen before.

Yes, it was horrible. But, there was also tenderness and a deepening intimacy that opened up between us that was the sweetest connection with another person I had ever known. I was terrified of the responsibility, but I loved her so deeply that it made me very brave.

There were times when Cake’s needs felt like a bottomless pit and an endless parade of critical events. Sometimes, I didn’t know what day it was. I lost all momentum in my personal endeavors and became isolated from my friends. In spite of how much I loved my mother, I often felt overwhelmed and trapped. I didn’t realize that as a caregiver, I needed care too. Family support was very limited and it seemed as though it was the two of us against the world. 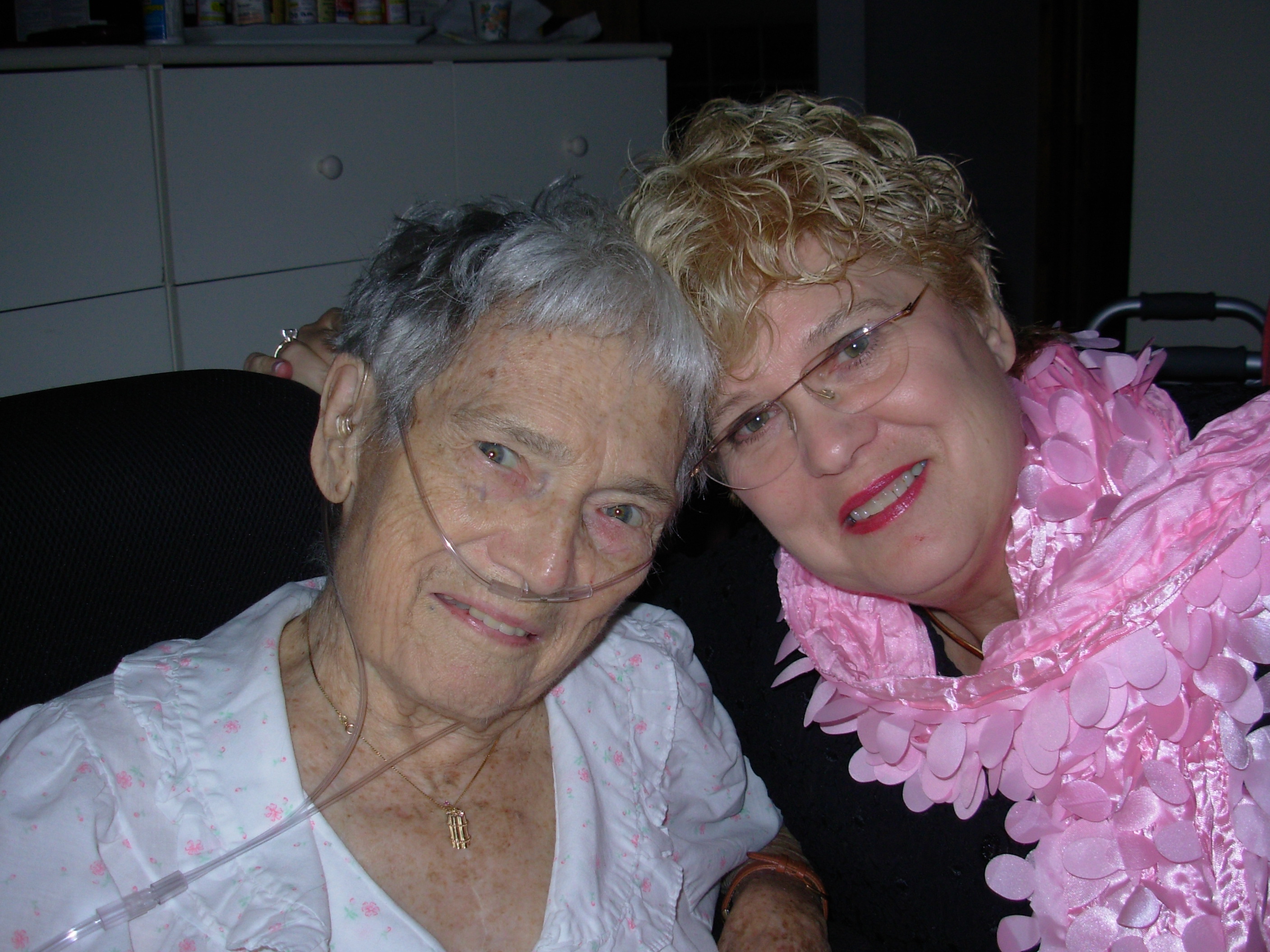 The deepening love and tenderness that Cake and I shared far outweighed the price I paid by putting my own needs and life on the back burner. In spite of the frequent life and death emergencies that blindsided us day after day, and never feeling that I really had a clue how or what to do, we lived in love’s embrace each and every day. I discovered that the bond of love between us was stronger than the trials and tribulations of Cake’s dying. That was a great comfort to me – to know that I was capable of that kind of loving. We were like dance partners bound by love and circumstance, sometimes following and sometimes leading each other through to the end.

With 20/20 hindsight, I now recognize what a privilege and a gift our time together was while bearing witness to one another’s deepest truth. We stopped putting on a happy face for each other when we were struggling and allowed our authenticity to be seen. We learned to love and accept each other in the fullness of our beings through it all. We allowed nothing to be more important than that.

We both learned we were better at giving than receiving love, but each of us broke through what stood in our way of letting another human being really know us and love us and care deeply for us as well. Thanks to Cake and the experience we shared, I have no doubt that I am both wildly lovable and capable of profound loving as well. It’s ironic that something as feared and scary as the dying and death of a loved one can teach you about love. I think that is one of death’s greatest gifts for those who face death with open hearts together.

On her deathbed, Cake made me promise that I would help others to learn what we were blessed to learn together. My forthcoming book, Shining Light on Dying and Death, my course offerings and mentorship around dying and death are my way of fulfilling that promise. May you too make peace with your own mortality and the dying and death of your loved ones.

Check out my additional mentorship packages

Why is Mentoring
Right For You?

Through our work together, learn how to step into a life that is an artful expression of who you truly know yourself to be.

This custom program is tailored to your specific needs and growth as you embark into conscious and purposeful living.

Would you like to learn how to thrive in your marriage?  This program is designed for both pre-marital couples as well as couples who are in a committed relationship.

This signature course brings you greater freedom, clarity, and effectiveness in your life.

All text materials, unless otherwise indicated © Judith Johnson
The Thriving Studio™ and The Tudes™ are trade marks of Judith Johnson. All rights reserved. Website Conception & Design by Tracking Wonder